He'd been playing with a new “modality” - as the new-agers say.
For over a week, clearing out “stuff” he never knew he had.
It was hard work and yet there was a lightness to it all - coming to terms with never quite “getting there” (not that he knew what “there” was, any more) and half-daring to feel that somethings (whatever they were) were about to change. 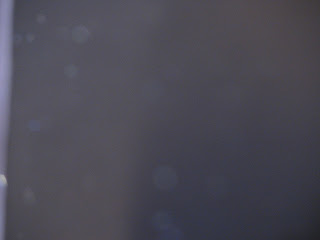 It was after one very exhausting day when elated laughter, deepest weeping, body-spasms of spontaneous vibration and all sorts of powerful feelings had been giving way to one another, that, in the middle of the dark night he woke and saw that the phone was blinking. A message.

Normally, he would have just gone back to sleep, but, without a thought, he went to the phone and listened to the message.

“Hello - you asked me yesterday if I was willing to heal, or else you wouldn't work with me any more.”
continue reading here .....
Posted by John Overton at 8:19 PM

Time to Zap your Life?

The Grand Idea - Let's bring back the "original awareness" that everything on Earth is holy - our breathing, our sexuality, our eating, and all of Creation. Let's celebrate what people of every persuasion in every age have ever yearned for - to know in their hearts and bodies deepest peace and joy and compassion. (Click on John's picture for more.)

If you find what I write useful or fun and would like to donate...